Your credit score: Are you a unicorn, a thoroughbred, or donkey?

Your credit score: Are you a unicorn, a thoroughbred, or donkey? 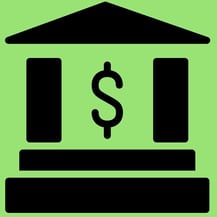 The mythical unicorn is a creature of elf-enchanted forests.

It's also the term used in the credit scoring industry for a person with an unfeasibly high credit score.

This week saw the launch of Creditsimple.co.nz which provides free instant access to your credit score, which places you on a scale of 0-1000.

So many people rushed online to check theirs that the site went down several times on the day of its launch.

Your credit score is designed to indicate to lenders the statistical likelihood of your failing to repay a loan, but they don't rely on it alone.

Credit bureaus know little to nothing about things like your assets and income, which why lenders like banks have application processes to delve in more detail into your credit-worthiness.

It's one reason why they are pushing for more "positive" reporting so they can collect more financial information about people to hone their credit scoring systems even more finely.

That means your credit score may feel too low, or too high.

But don't fret if you are used to being judged a high-stepping financial pure breed and find you haven't made it to 900. That's well into the unicorn zone.

Credit scores are between zero and 1000, and are grouped into what is known as a "bell curve" with the bulk of people between 400 and 600.

In the world of credit, it is horse for courses.

Banks aren't seeking unicorns, just horses to back in the middle to top end of the field. They are good for mortgages, personal loans and credit cards.

But there's a lender for almost everybody, at a price.

Payday lenders are happy to pony up with short-term, high-interest loans to the donkeys towards the bottom of the economic hierarchy.

Anyone who tops 800 is in the unicorn zone, says Cred Simple's chief executive David Scognamiglio. They have a pretty perfect relationship with your credit score.

Just because you are a regular bill-payer, and have never defaulted on a loan, does not earn you a horn and elf-rider.

The bell-curve distribution of credit scores for our middle-income, high-employment country, is designed to group most of us in the middle zone.

During the credit boom of the 1990s and 2000s we have proven ourselves to be by and large good bets with credit. The credit curve bell score reflects that.


These are the credit score thoroughbreds. If you score over 600, you are in a good place. Banks should be rolling out the red carpet for you.

To get a score over 600, you must pay all your bills on time and have done so for quite a few years, says Scognamiglio. It's quite likely you have a mortgage and always make repayments on time.

Scognamiglio says that New Zealand has not seen much risk-based pricing, and too many people are paying too much for their mortgages and other loans.

"The part of the world we live in is not as competitive as other parts," he says.


This is the average score band in New Zealand. This is the bulk of the middle-income herd, the farm horses, and the trotters down the pony club. Kiwis statistical average score is 526, says Scognamiglio.


People in this zone generally pay their bills on time and have an average number of credit "enquiries", which is applications for loans.


Too many of those and a person starts to look like a desperate person seeking credit from multiple lenders. People who are fairly new to credit and have just a few enquires with banks, telcos and energy providers will also find themselves in this portion of the herd.

"If your score is below 500, there is probably something on your credit file that you don't know about."

This could be missed and late payments.


These are the credit ponies. They are not good bets for maintaining payments over longer distances.


Hopefully, if you are a credit pony, your score is on the way up because you've had a credit default and now paid it off.

But it could be because you are regularly paying bills a little late, but aren't actually defaulting on accounts, or you might be applying for loans regularly without getting approved for them.


People scoring here are the donkeys of the credit herd.

They probably have some form of derogatory information on your credit file, such as an unpaid default or bankruptcy, says Scognamiglio.

You could also make it down into this category even if you have no debt, and no bankruptcy, he says.

He recalls one man who was infuriated in finding himself rated in the bottom quintile. The reason was he had the habit of paying all his bills as late as he could without defaulting.