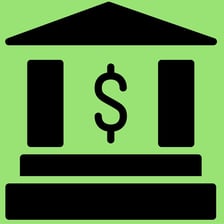 Average house prices around the country keep rising, with houses in the Waikato increasing in price by more than $100,000 in one year.

According to data from Trade Me, the national November average asking price for properties advertised on the website was $624,850, up 9.8 per cent on the same time last year.

The average asking price in Auckland reached another record high of $911,800, a 13.4 per cent increase over the past 12 months.

Head of Trade Me Property Nigel Jeffries said the trend in the region was like a "proverbial hockey stick", where average house prices between 2008 and 2014 remained largely unchanged and started a steep climb from 2015.

All but one of the 15 regions experienced an increase in asking price, with Gisborne experiencing the single biggest increase in average price in November.

Only the West Coast experienced a fall in price.

"But this is partly due to the mix of recent listings in the area. We'd be cautious about reading too much into this just yet," Jeffries said.

The Christchurch market, which has risen less than 1 per cent in the past year, was subdued and Auckland apartment sales were stagnating after a year of strong growth.


Prices for Auckland apartments were hovering at about $575,000, whereas a year ago the average asking price was more than $600,000.

Jeffries said it was too soon to draw conclusions about the effects of the Kaikoura earthquake.

Any changes in the Kaikoura market would be significant, given the small size of the market, so it would be harder to determine the cause of any changes purely from statistics.

Based on experience from Christchurch, the local market could be significantly disturbed as property sales dip due to buyers and confidence exiting the market, Jeffries said.