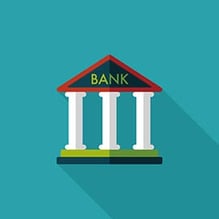 In a further effort to slow the mad housing market, the Reserve Bank is going to put limits on how much investors can borrow and has also re-tightened limits on how much banks can lend to people with house deposits under 20 per cent.

Here's how the bank puts it:

So what does this actually mean, who will it affect and will it work?

Why has the Reserve Bank done this?

Because the property market just won't slow down and investors are buying more and more houses.

That said, while the Reserve Bank has said for months that it might bring in more so-called speed limits for borrowers, this one does seem to have arrived in a rush.

Earlier this month, Reserve Bank deputy governor gave a speech on the matter but didn't seem in a great hurry to actually do anything. "Mulling", "eyeing" and "considering" were used in the headlines.

This didn't please the prime minister who has told the bank to get on with it (which is a bit complicated as the Reserve Bank is technically independent from the Government - still it's not a good idea to upset the PM too much).

So it's likely that the Reserve Bank took note of a telling off from John Key and, together with ongoing house price increases, decided to move sooner rather than later.

Who will it affect and how?

It's aimed firmly at property investors, at stopping people from buying multiple rental properties. We know there aren't enough houses available (that's why prices are so high) so having investors snap them all up doesn't help fix the problem.

That said, some of the changes will hit first home buyers as the Reserve Bank has clawed back an easing in how much banks can lend to first-timers with smaller deposits.

Last year it loosened these limits, saying banks could use 15 per cent of their mortgage lending for residential borrowers outside Auckland who had a deposit of less than 20 per cent.

Now, this has been cut back to 10 per cent of bank lending, and applies to borrowers across New Zealand with a deposit under 20 per cent.

This could make it harder for first home buyers with smaller deposits to get a bank to agree to lend to them, as they will be competing with other would-be borrowers for a limited pool of money.

What is a property investor, how do we define it?

Who knows? The Reserve Bank chewed this one over last year and eventually came up with this: a property is considered to be an Auckland investment property if it is located in Auckland and is not an 'owner-occupied' property.

But then there are a whole bunch of exceptions (eg beach houses, which are fine if you don't rent them out much). Pretty much though, it's a house you live in and don't normally rent out.

Does the 40 per cent deposit have to be cash? Or can it be cash/equity or just equity?

It can be either or a mix. The reality is the banks just need to know you have the reserves somewhere if the proverbial hits the fan.

That said, there are added complications if you just use the bank of mum and dad, as lending banks will want to know you have a good financial track record.

When does it take effect, can I get in beforehand to buy a rental property now?

Yes but no. Helpful much?

The new rules don't kick in until September 1 so technically there is time, but banks have been asked to come to the party and act as if they are in place now.

Will it slow the property market?

Hopefully - that's what the Reserve Bank will be thinking anyway.

That said, they aren't pinning all their hopes on it as they have also pretty much said they are kind of likely to (yes, the central bank doesn't like to commit) bringing in new lending restrictions that look at your income and then limit how many times that amount you can borrow.