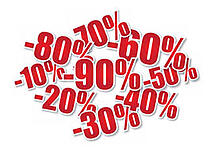 The Reserve Bank's head of economics has not ruled out the official cash rate (OCR) falling to zero "but I don't think we're going to get there".

In an interview with Radio New Zealand, assistant governor Dr John McDermott, the bank's head of economics was asked what the bank would do to stoke inflation.

"We'll do what is appropriate and we'll take the time that's required to do it."

This year the Reserve Bank has cut interest rates to record low levels, and has indicated that further cuts are possible. Is focusing solely on returning inflation to within the 1 to 3 per cent range, going to fuel house price inflation? Reserve Bank Assistant Governor and head of economics, Dr John McDermott talks to Kathryn Ryan about the challenges of a near-zero inflation world for the Reserve Bank.

Asked if this meant he was not ruling out interest rates being cut to zero, McDermott indicated it was possible, but unlikely.

"I never rule anything out, but I don't think we're going to get there."

The Reserve Bank has been struggling to maintain its target of keeping the consumer price index - the most common measurement of household inflation - within the target band of 1-3 per cent.

Governor Graeme Wheeler has lowered the OCR to a record low of 2 per cent and indicated it could go lower over time.

But this is still high by the standards of other advanced economies, where interest rates are mainly close to zero.

McDermott also indicated that while the economy was still growing strongly in comparison to most other western economies, this was mostly to do with rapid population growth, driven mainly by record net inward migration.

Finance Minister Bill English has denied in Parliament that this is correct.

"The correspondence [between the rate of population growth and economic growth] is very high," McDermott said.

"These extra people are adding both demand in the system and services, but they're also adding supply. They're offering more services in terms of employment opportunities and so the fact is the economy's growing but it's growing because there's more people..."

"This is the right time for the government to think about its infrastructure needs."