Plenty of bank for your KiwiSaver buck

Plenty of bank for your KiwiSaver buck 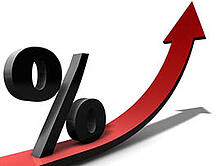 KiwiSaver has converted us into a nation of bank-owners.

Shares of most of the biggest and often notorious, bank names are held by diversified KiwiSaver funds, names like JP Morgan Chase, Citibank, Goldman Sachs, Wells Fargo, HSBC, Barclays and Royal Bank of Scotland, and they can make up a surprising amount of a fund's holdings.

Banks have come to take an increasingly bloated role in economies around the world as households have borrowed more and more to buy houses.

And, while banks have become a bigger part of people's everyday lives, KiwiSaver has provided a route by which the masses have come to own those banks.

Banks have grown in stature on world stock markets, and are popular with investors and fund managers because they operate like giant money-making machines, throwing off large dividends every year.

That's especially so for cash and conservative KiwiSaver funds which need bonds and deposits, meaning the lower the risk of KiwiSaver fund you choose, the more bank for your buck you get.

Fisher said share investors have also learnt through the Global Financial Crisis that banks are too big to fail. But that doesn't make them very exciting to a growth investor like Fisher Funds.

"We have recently added banks," she admits.

"Until recently they didn't make our investment criteria. One the fundamental things we need is earnings growth, having a competitive advantage that enables faster profit growth than the economy. Banks haven't been able to do that."

These are funds chosen by the cautious, who don't want to take on investment risk, but are willing to put up with slim returns.

Cash funds are often entirely a bet on the banks, with only a scattering of investments outside the big five of ANZ, Westpac, ASB, BNZ and Kiwibank.

Though investors are told diversification is the key rule of investing, If you are saving into one of the banks' cash funds, then your largest exposure is likely to be to that bank, though not always.

The QDS on the bank's website shows that the end of March 2015, the cash fund's top 10 holdings were with big New Zealand banks and together represented 82.6 per cent of the entire fund and more than half of that was on loan to the ANZ.

By contrast, BNZ's cash fund had every cent on deposit with BNZ at the same date.

The QDS show only the top 10 holdings, however.

It is in the ADS where a KiwiSaver can find every holding listed, though this is a once-a-year snapshot.

The last one for the Westpac cash fund showed it had lent itself just under 19 per cent of the cash fund money at the end of March 2014.

At that date, ASB had lent itself just over 26 per cent of its cash fund.

The ASB fund is actively managed to produce the best return for investors, its investment statement says. It had invested more with both Westpac and ANZ than in ASB.

Balanced funds are the big mixed bag funds that a huge number of KiwiSavers choose to save into.

As a result, you get a lot of bank in balanced funds, though less than in the cash funds.

It is hard to use the ADS to work out exactly how much is held in banks for two reasons.

The first is that they each hold hundreds of shares, bonds and deposits, so totting them up involves a lot of patience.

The second is that some of their holdings may be funds that hold banks themselves.

Take the ASB Balanced KiwiSaver fund. At the end of March last year, direct deposits, bonds and shares held in banks were around 20 per cent of the entire fund.

But, in addition, just under a third of the fund was invested in the immense Vanguard International Share fund.

That is a fund that tracks global sharemarkets. This includes American, British and European markets, many of which are replete with banks.

Just under 20 per cent of the Vanguard fund is currently in "financials" shares, and just under a half of those financials were banks.

That indicates a little more than a quarter of the ASB Balanced fund is invested in bank shares, deposits and bonds.

The higher you go up the KiwiSaver risk chain, the less bank you get for your money.

Instead, bank shares are vying for a place in the portfolio with retailers, insurers, manufacturers, utility companies, farming corporations, listed property owners, cigarette-makers, booze companies, tech companies and all the other myriad types of company that have listed their shares on stockmarkets around the world.

Time spent browsing the holdings of your KiwiSaver fund is likely to bring you up short against some companies you may not have the highest opinion of, but which your fund manager believes are profitable to hold.

They'll include the likes of WalMart, British American Tobacco, Coke, and The Dollar Tree.

Again, there are so many holdings that tallying the amount of bank these funds own on your behalf is tough.

The MSCI global index indicates about 20 per cent of the world's shares by value are "financials", but once the giant insurers, reinsurers, real estate companies, credit card companies, consumer finance operations and fund managers are stripped out, about a dollar or so in every 10 invested in listed shares is invested in a bank.

It's perhaps not surprising then to find KiwiSaver growth funds with an exposure to banks that is consistent with that.