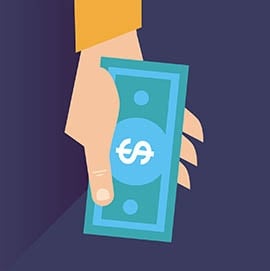 The $30 billion New Zealand Superannuation Fund is the best performing sovereign wealth fund over the past five years, generating returns of more than 17 per cent a year.

Being set up as a responsible investor was a smart move for New Zealand's sovereign wealth fund, a report by NZ Super Fund has found.

In a "white paper" released on Thursday by the NZ Super Fund, which manages just under $30 billion for the Government, says there is now strong evidence companies that do well on "environmental, social and governance" (ESG) fronts deliver better returns for investors.

These are companies that do not breach human rights, do not abuse the environment, and are well-managed and transparent.

"We based our RI programme more on a general belief and on our own experience as investors."

Since then much more research has been done, Whineray said.

"There is strong evidence that companies that do well on ESG metrics tend to perform better."

About 80 per cent of the more than 100 academic studies done worldwide found a positive link between the ESG ratings of companies and their performance.

Companies that scored highly for ESG factors tended to be able to borrow more cheaply. They also tended to be more profitable, and had higher share prices.


"The evidence on environmental practices and performance shows that investors and banks add a risk premium to firms that are perceived as having a higher risk of accidents," Whineray said.

There was also less risk on some fronts for investors, such as companies having their share prices hit by lawsuits or investigations by regulators.

"Being a responsible investor implies we must behave as the owners of assets rather than just investors in various securities."

But it did not mean excluding more and more companies from the list of companies the fund wouldnot invest in.

The NZ Super Fund screened out some sectors, including tobacco companies, but Whineray said the research suggested "engagement", where an investor sought to influence companies to do better on ESG fronts was a better strategy.

Engagement was time-consuming and did not always work, but patient, long-term investors were best placed to pursue it.

Being a responsible investor was also about ensuring the fund did not invest in companies that could damage New Zealand's international reputation, which was a legal requirement for the fund.

The NZ Super Fund is often lobbied by activists who want to influence its investing. In recent years, the pressure has been to divest of investments in companies involved in extracting fossil fuels like oil as a measure against climate change.