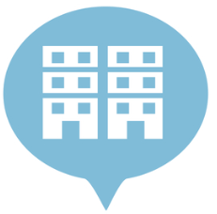 The New Zealand Reserve Bank's new restrictions on highly-leveraged home loans are likely to be a boon to non-bank lenders, which make up a fraction of all mortgages.

The central bank expects a drop of up to 15 per cent in the volume of home sales and reduce house price inflation by up to 5 per cent when it introduces restrictions on banks' high loan-to-value ratio mortgages from September.

Two of New Zealand's larger non-bank lenders anticipate the move will give their businesses a boost in a market where they accounted for just 1.1 per cent of $NZ135.37 billion ($A127.20 billion) of long-term housing loans.

Resimac Financial Services saw a lift in its loan book after the Reserve Bank first set restrictions on high LVR mortgage lending in late 2013, and New Zealand general manager Adrienne Church says the financier has the capacity to increase lending once again.

"People are seeing it as an opportunity in the market," she said.

Liberty Financial, which owns the Mike Pero Group and also operates under its own banner, anticipates non-banks will see "significant growth" from the restrictions.

Chief executive Mark Collins says his firm was already looking for strong expansion over the next two to three years before the announcement of the latest LVR restrictions, which he says will change the type of business they access.

"It certainly is going to increase the amount of business going through non-banks, that almost goes without saying."

Mr Collins said the 60 per cent cap for mortgages to property investors was a "very strong message" and he expects to see investors with multiple properties scale back their portfolios to better manage their interest repayments.