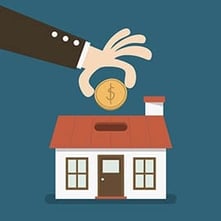 NZ Building and Housing Minister Nick Smith announced the new rules on Thursday, saying they would ensure 180,000 homes were warmer, drier and safer.

From July 1 next year, all social housing subsidised by the government will be retrofitted with ceiling and underfloor insulation, and have smoke alarms.

From July 1, 2019, all other rental properties will come under the same rules.

Dave Wilson of Jennian Homes says the changes take too long to come in and give "a nice feeling of having done something positive", but don't fix the underlying issue.

"Frankly, it equates to the proverbial 'putting lipstick on the pig'," he said.

Mr Wilson said landlords needed to be compelled legally to provide safe, liveable homes, which in turn improved the quality, and therefore the value, of their housing stock.

Dr Smith will bring a bill to parliament in October to make the changes.

There are about 280,000 rental properties in New Zealand and Dr Smith says about 100,000 cannot be retrofitted because they are too old or their construction makes it impractical.