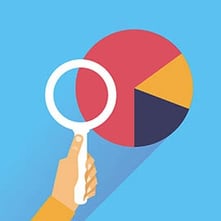 A bill to stop foreign buyers investing in New Zealand housing has been picked from the members' ballot to be introduced to parliament.

The Overseas Investment (Protection of New Zealand Homebuyers) Amendment Bill, lodged by Labour's housing spokesperson Phil Twyford, would restrict foreigners from buying residential property, unless they were going to live in New Zealand or build their own dwellings.

Further, the member's bill would allow temporary residents who have been in the country for 12 months or longer to purchase a house on the condition that they sell it if they leave.

"It will do what the Government failed to do in the TPP negotiations, that is to negotiate the carve-out that Australia did to protect its right to ban non-resident foreigners from buying existing homes," Twyford said.

"Labour isn't against foreign investors but inviting overseas speculators to trade in Kiwi homes for capital gain is entirely non-productive. It produces no jobs or exports, and pushes up house prices beyond the reach of first homebuyers.

"I'm calling on the Government to bring this bill to the top of the order paper so it can be debated and passed now actually before they sign the TPP."

The draft document stated that housing affordability had significantly declined in recent years as a result of lack of housing supply, as well as increased demand from speculators.

Prime Minister John Key has already confirmed recently that the foreign buyer restrictions would not be possible under the Trans-Pacific Partnership Agreement free trade deal.

Key has said that bans don't work and he didn't think Kiwis would want to prohibit people, for example from Australia or America, from buying property. However, there were other tools the Government could use, for example a land tax.

The homebuyers protection bill was one of four picked from the members' ballot on Thursday.

The other three bills looked to:

• stop benefit payments for offenders who repeatedly fail to comply with community sentences (Social Security Amendment Bill)
• endorse the principles of the Treaty of Waitangi), amendment (Oaths and Declarations Amendment Bill)
• appoint an adjudicator to deal with fairness between supermarkets and their suppliers (Commerce Amendment Bill)