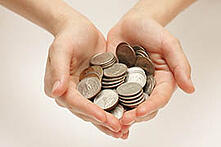 Westpac bank is reviewing its KiwiSaver scheme's investments, after being alerted to stakes it holds in certain companies on the New Zealand Super Fund's "exclusion" list.

The NZ Super Fund's exclusion list includes nine companies which it has tagged as being involved in the manufacture and supply of "cluster munitions" and, or "anti-personnel mines".

In addition, ANZ and BNZ KiwiSaver growth funds each hold one of the excluded companies, but these banks defended those investments.

The NZ Super Fund pays MSCI ESG Research to examine stockmarket-listed companies, and excluded stocks based on its reports.

Each make up only a small proportion of the funds' total investments.

Westpac, which invests through external fund managers, said it was "making enquiries with our third party investment managers to understand if it is possible to introduce restrictions regarding certain assets."

That would bring it into line with the Kiwi Wealth KiwiSaver scheme of state-owned Kiwibank, which uses "negative screening" to weed out armament makers, and holds none of the NZ Super Fund's excluded companies.

But both ANZ and BNZ said their external managers had assured them their KiwiSaver funds contained no companies involved with cluster bombs or mines.

BNZ said Russell Investments had assured it that General Dynamics was not involved in the manufacture of cluster munitions, and ANZ said: "Our managers have advised us that there are no red flags for cluster munitions or landmines" for Northrop Grumman.

Michael Salvatico from MSCI ESG Research, which has around 150 ESG analysts around the world, said Northrop Grumman was involved in the development of the Spider anti-personnel munitions system which was remotely controlled by an operator.

A NZ Super Fund spokesman said: "We understand that there are different views around their man-in-the-loop system, but it is our view that the company's involvement in the manufacture of land mines is material enough to warrant exclusion under our responsible investment framework."

Salvatico said: "I can confirm that our research indicates General Dynamics currently manufactures munitions dispensing systems for the Sensor Fuzed Weapon (SFW), an air-dropped cluster munition weapons system. This classifies them as a component manufacturer with Strong Evidence. The assessment of Strong Evidence indicates involvement in the last three years with no ambiguity."

General Dynamics' website says it "is not, to the best of our knowledge" involved in activities which breach the Convention on Cluster Munitions and the Convention on the Prohibition of Use, Stockpiling, Production, And Transfer of Anti-Personnel Mines".

Again, it seems there is debate over what is a cluster munition.

As with the other companies, NZ Super Fund excludes under these two categories, but accepts the controversial weapons make up a small part of their business.

A growing number of investors want their superannuation savings to reflect their beliefs, said Salvatico. "Super is your voice," he said. "You can use it now."

Academic Matheson Russell has called for the Government to at least require KiwiSaver default funds to be socially responsible investors, and says KiwiSaver funds could be banned from investing in companies on the NZ Super Fund's exclusion list, though this would need to be debated.

It has however been very profitable to invest in defence stocks.