Thursday, as well as being Budget day, will also be the day when the average Kiwi will have earned enough money to cover their total taxes for the year, a lobby group says. 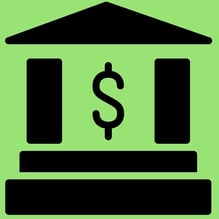 The Taxpayer Union calculates the notional day on which New Zealanders are "free of tax" in order to draw attention to the level of taxation.

Government spending equated to 40 per cent of the economy, it said.

Taxpayer Union executive director Jordan Williams said that meant the average worker would "stop working for the Government" at 11.12am on Budget day.

"Tax Freedom Day is a day for New Zealanders to reflect upon how every dollar of the money they've earn so far this year is taken by politicians and whether all of the spending is really necessary," Williams said.

"Despite the election of a National-led government in 2008, the burden of government is still higher now than it was under Helen Clark. During the period of the last Labour government the size of government never rose above 40 per cent of the economy," he said.

The tax burden had crept up because income tax thresholds were not being adjusted for inflation, he said. That meant the average household was $1000, worse off, he said.

"This Government says it stands for lower taxes, but the numbers don't match the rhetoric."

The Treasury said that in the 2014-15 financial year government spending accounted for 39.2 per cent of GDP.