Home loans to be capped by your earnings 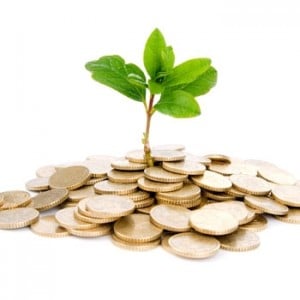 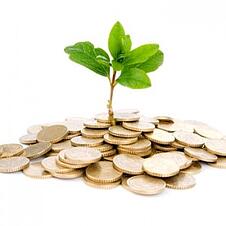 Banking bosses are considering a plan to tie home loans to buyers' incomes in a move that could shut the young and the poor out of the house market.

Concerns have been mounting over the skyrocketing Auckland property market, with a decision to lower interest rates on Thursday adding more fuel to the fire.

Now the Reserve Bank is looking to continue a campaign begun in 2013 to crack down on risky loans, with restrictions on mortgage lending.

Those rules will be beefed up in October, with Auckland investors required to hold a 30 per cent deposit.

But a note buried in a policy document explaining the rules reveals New Zealand's central bank  is gathering information on borrowers' loan to income ratios, following restrictions imposed by central banks in England and Ireland.

Loan-to-income restrictions could potentially have a huge dampening effect on the Auckland market.

In England, most bank customers are only allowed to borrow a maximum of 4.5 times their income.

With median household incomes in Auckland around $75,000, that prevent most house hunters from borrowing more than $338,000.

Property Institute chief executive Ashley Church said the rules would have to be much more liberal here, or they would "kill the market dead".

However, he said a flat cap would have no effect outside Auckland, because incomes were not as far out of step with house prices.

Church said the rules could also backfire by cutting investors from the market, which would reduce the number of rentals and worsen the housing problem.

However, he did not expect the Reserve Bank to push ahead, because of the distortions and the "extraordinary difficulty" of putting them in place.

Church said his main concern was that regardless of the rules, there was an entire generation who could not afford to get on the property ladder in Auckland.

"There is an argument to put forward that we're advancing the inequality."

While fringe areas far from the leafy inner-city suburbs would traditionally have been a starting point for first-home buyers, even those were now out of reach for most, he said.

If the Reserve Bank finds that banks are making loans at risky multiples of income, it will consider a "policy initiative", the note said.

Economist Shamubeel Eaqub, author of Generation Rent, said there was no denying there was a housing crisis in Auckland.

However, he said "politically convenient" policies would do little to address the problem in isolation, and would cause collateral damage.

"Loan to income restrictions will inevitably lock out people at the edges, particularly younger and low income people," he said.

"We will be told it's for our own good, to protect us against the danger of a falling market."

Eaqub said with interest rates falling the Reserve Bank was effectively cornered, and had to look into "experimental" policies.

While lifetime renters would come out about the same if they invested the difference between mortgage payments, few people were disciplined enough to do so.

While they would probably have the desired impact, it would not be without major consequences, he said.

"It'd just be another thing putting pressure on rents to go up.

"Again, there'd also be a big impact on first home-buyers, because they tend to be younger with lower incomes."

The Reserve Bank has refused to make any comment, except to reiterate it is still in the information-gathering phase.

It is understood that income caps would need to be signed off by Finance Minister Bill English, as they have not been formally defined in the same way as the bank's other regulatory tools.

However, English's press secretary was similarly secretive, refusing to comment on whether that was the case, or if the central bank had been in contact.

"The banks are really now belt-and-braces checking everything," he said. "This is going to be ridiculous."

While the cheapest mortgage rates are around 5.19 per cent, Rule said lenders used a "test rate" as high as 7.75 per cent to make sure customers could manage if interest rates rose.

"There needs to be a buffer; that's responsible lending," he said. "But when you're talking about that, plus this new thing behind the scenes, this is just overkill."

Rule said the focus should be on addressing the undersupply of housing in Auckland, rather than trying to reduce demand.

"This is one man's academic crusade."

Ask Nalin Guntuka if he could buy a house if a new loan-to-income ratio was enforced and you'll get a two-word answer: "Hell, no".

"I wouldn't even find somewhere in Papakura. You'd have to go all the way to Huntly."

Guntuka is frantically trying to find a home for his growing family. His second child is just two weeks old.

It is hard enough finding an affordable home in the over-heated Auckland market, but he says middle-income earners like him would be locked out if a limit on loan to income ratio was enforced.

For Guntuka, that could force him to commit to his 'Plan B'.

"I would leave New Zealand and go to Brisbane."

He has been looking for three months in the once-affordable Waitakere suburb of New Lynn. The median house price is $682,000, up 18 per cent in a year, according to latest QV figures.

"We never thought New Lynn prices would get up so ridiculously high. I thought I could get a house in my budget. It was possible, until last year."

It's no city fringe property, either.  His cousin's house is a similar distance from the city centre as New Lynn.

Guntuka says new rules should support new buyers rather than making it harder for them.

"I'm not getting anywhere. I'm paying my taxes and I should be able to buy my own property for me and my family. The Government is just making it harder."

If New Zealand sets a similar rule to the United Kingdom, bank customers will only by allowed to borrow a maximum of 4.5 times their income.

With a combined income of $140,000, Carolyn and her husband earn almost double the median income in New Zealand.

But this won't stretch far enough for an average Auckland property.

"It makes me angry that the current Government is catering for investors, including foreign investors," says Carolyn, who asked not to be identified.

For the past two years the couple have seen the goal posts pushed further out as house prices soar, and pushing up the required deposit.

Carolyn, a school teacher, says they were looking at Helensville properties, on the outskirts of Auckland. The couple were willing to move further out so they could afford a section for their two children.

Adding to the frustration, the couple don't qualify for government help as they earn just over the $120,000 assistance threshold.

"We get the raw end of the deal. We earn too much to get help, but at the end of the day we're the ones keeping New Zealand going."