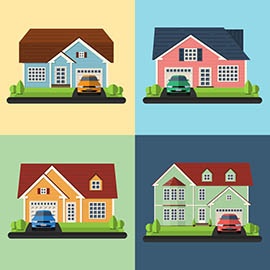 Sunny Gisborne has been revealed has the best place in the country for would-be landlords looking for a good return.

Industry website realestate.co.nz analysed the returns on residential housing in every region and found Gisborne came tops in January, with a 5.78 per cent return.

It was technically topped by the Coromandel at an unusually high 9.88 per cent but the website said that was skewed by short-term holiday rental properties.

Gisborne was followed by Otago and Manawatu/Wanganui, which returned 5.54 per cent and 5.12 per cent respectively.

The analysis was based on each region's average asking price versus the average annualised rent, excluding external costs.

Canterbury, Hawkes Bay and Wellington were next, all hovering between 4 and 5 per cent.

Auckland came close to the bottom of the list with returns of less than 4 per cent, but the worst performer was Central Lakes, where like Auckland houses were averaging more than $800,000.

The national average for rental property returns for the month was 4.1 per cent.

"There are clearly some very attractive rental property investment opportunities in some parts of New Zealand that don't ordinarily attract intense national media interest when it comes to property."