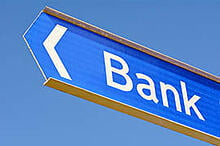 Floating mortgage rates should fall sharply over the next four months with bank economists expecting the Reserve Bank to slash the official interest rate back to 2.5 per cent.

ASB is the latest bank to say it expects the central bank to cut the official cash rate (OCR) further than it previously expected. It currently stands at 3.25 per cent.

"We now expect the Reserve Bank to cut the official cash rate a further 75 basis points over the July, September and October meetings, to a low of 2.5 per cent," ASB chief economist Nick Tuffley said.

Westpac is forecasting cuts in July and September, with another cut possible before the year is out.

"We're expecting the OCR to fall to 2.75 per cent at least," Westpac currency strategist Imre Speizer said on Tuesday.

The reason ASB now expects the OCR to fall so far before the year's end from its 3.25 per cent is the failure of dairy prices to recover as fast as expected.

Tuffley said that though the Chinese were consuming more dairy products, the country had built up a dairy stockpile, so was not buying as much as it had been.

"The key thing is that Chinese demand has been much slower for the past year. China was buying up a huge amount of our dairy in 2013, and it looks like they have ended up with a stock pile of dairy products to run down."

ASB now expects the Fonterra dairy payout to farmers to be about $5 per kilogram of milk solids.

This was helping weaken business confidence and also consumer confidence in dairy-focussed regions.

There was less room for longer fixed-term mortgage rates to fall, though if the OCR did fall to 2.5 per cent, there could be some modest reductions.

For depositors, the pain of low interest rates would continue for longer.

"What this means is there is the added pressure on interest income for people, particularly when you look at retired people relying on interest income," Tuffley said. "It is going to remain challenging for them."

Banks will have to hold more capital for investor loans, which is likely to make them more expensive, and investors will have to have deposits of 30 per cent of the value of the properties they buy.