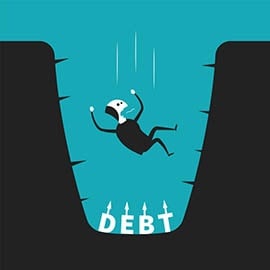 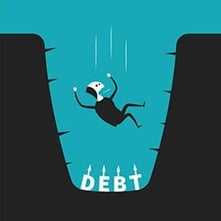 They both work, they already own an investment property and they've got help from family, but they are still struggling to get into their first home in Hamilton's spiralling market.

With more interest rate cuts set to follow this week's round, experts say it's only going to get harder for people like Richard and Rohani Alexander to get into the property whirlwind being fanned by Auckland buyers and cheap borrowing.

And a Hamilton mortgage specialist says first home buyers are facing "huge competition" from outside investors.

Hamilton renters Richard and Rohani  moved to the city  18 months ago and the couple are now looking to buy in the Waikato.

It hasn't been an easy road for the pair, who bought an investment property in Kawerau in 2007. But rather than being the entry into the market they hoped it had been a "weight on their backs" ever since - they were both made redundant in 2010 and had been clawing their way out of debt ever since.

Richard now works as a production engineer at MediaWorks and Rohani also worked part time. They have two daughters, Elise, 4, and Sidney, 2.

Selling their rental property wasn't an option, Rohani said, as the mortgage was double its value. "We would have ended up owing money and having no asset."

As it was, it has lost them "a lot of money" and stopped them from doing what most young families do, she said.

Now, thanks to help from Richard's mother with a deposit, they are preparing to buy at home for their children to grow up in.

"There's absolutely no way we would even be thinking about it without it [help]. I feel a bit like we've won Lotto and a bit guilty."

Richard said they were hoping to find a three bedroom home in an area they could afford. Schooling also played a major part.

Their "top dollar" would be around the $400,000 , he said. "We've been keeping an eye on it for the past two months. And one thing I've noticed with listings is that when we first started looking there was a lot more stuff listed with a price.

"Now it has completely swung around to negotiation and auction and that's just the nature of the market and what's happening. There's no stopping it, and obviously real estate agents are trying to do the best they can for their vendors."

They were prepared to adjust their goals Richard said, and would try to be more competitive at the lower end of their price range.

Rohani also said they would change their house hunting tactics. "It's no good going online and then going to an open home. You have to get your pre-approval, then you have to find an agent to go out and look for you and show you houses before they are even on the market because that's when they are getting the offers.

"You literally have to get in before anyone else knows about it."

The couple had considered casting their net further afield to Waikato's small towns but Rohani said she enjoyed city living and the services and amenities that came with it.

They were optimistic about the Reserve Bank's decision to cut the official cash rate by .25 per cent this week Richard said it was "very promising" from a borrower's perspective with more cuts likely to come.

Those same buyers looking to tackle the Kiwi dream of owning their own home were also facing "huge competition" from Auckland buyers and investors bidding in within the same price range thanks to cheaper borrow costs.

"The competition is huge and that means the first home buyers have to make that decision whether they increase their potential borrowings to move with the market or wait a while, or even move.