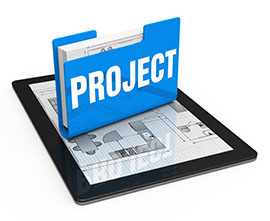 Two years ago this month, The Press consulted developers, landowners, local leaders and recovery plans to form a picture of how Christchurch might look in February 2016.

The mix of public and private projects revolved around the central city blueprint – a bold recovery vision the Government produced in 2012.

Timelines have changed several times and projects that were supposed to have started by now have stalled or been delayed months, if not years.

For some, the blueprint is to blame. The planning and designing phase has taken longer than expected in some cases and involved land acquisitions and zoning difficulties.

Even the quake memorial, which was supposed to be ready for the fifth anniversary of the February 2011 earthquake in 2016, has been delayed another year.

According to 2013 forecasts, construction of the convention centre should have started by December last year and work on the stadium and the metro sports facility by March this year. But no work has started on any of the sites – the three major anchor projects have been delayed by several years.

The Government  has offered little explanation for the delays, despite developers and the community demanding answers this week.

This led to speculation that convention centre costs were spiralling out of control and that Cabinet had rejected a business case for the metro sports facility.

No business case had been rejected for the facility, he said.

Budgets were "always revised" on any building project, "whether its a garden shed, a front fence or a convention centre".

"I think everyone should relax and recognise that these types of facilities are going to be around for decades and you've got one shot at getting them right at the start."

Brownlee was "pretty relaxed" with delays.

"It's just a matter of getting things right before you start pouring concrete on the ground."

Brownlee said the city needed the convention centre and the metro sports facility and confirmed the projects would happen despite delays.

In Christchurch's CBD, all major demolitions should have been completed more than a year ago but the Manchester St car park, Calendar Girls on Hereford St, the Orion building, and Westende House are still to be pulled down.

The stalling of Anthony Gough's Terrace development was another blow for the central city's development. It should have been completed in September this year but is running a year behind schedule. On the bright side, a rash of new buildings will be completed in the nearby retail precinct next year, including The Crossing, Cashel Square, The Terrace and the ANZ Centre.

The performing arts precinct has also stalled. Ground was broken last month for construction a 300-seat concert hall for the centre for music and the arts but Christchurch art organisations are still waiting for the Government to pull together a deal for the rest of the precinct on a block bounded by Gloucester, Armagh, New Regent and Colombo streets.

The residential red zone was scheduled to be cleared last year. The Canterbury Earthquake Recovery Authority (Cera) has made good progress but has extended the housing demolition deadline to June 2015. The land clearance, which includes the removal of any other built structures and vegetation, will not be completed until April 2016.