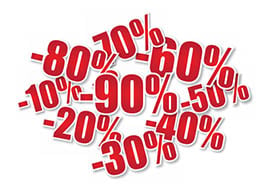 A Chinese company is lining up against Australian social housing provider Horizon Housing in the sell-off of state houses in New Zealand.

Information memorandums were issued last year for the sale of 1140 state houses in Tauranga and 370 in Invercargill.

Queensland-based Horizon Housing has previously said it's interested in buying 400 to 500 state houses in New Zealand but it may have competition from China, the State Housing Action Network, a group opposed to the sell-off, says.

"Our current focus is on New Zealand where we have been short-listed for Auckland City Council's housing for older persons project.

SHAN is opposed to the sale of state-owned houses.

"As we have done with Horizon Housing, SHAN has written to Dr Cheng expressing our strong opposition to any purchaser, domestic or overseas, buying state houses," the group says.

"We are in the middle of a housing crisis for low and middle-income New Zealanders and only the government has the resources and the capacity to provide the large number of quality, affordable housing so desperately needed," the group says.

Dr Cheng and the Cheng family have substantial interests in property and infrastructure in Hong Kong and China.

In the UK, they own Knight Dragon, which is involved in a large redevelopment of Greenwich Peninsula.

Australia's Horizon Housing has 11 not-for-profit and industry shareholders who elect nine voluntary directors, according to its website.

It's previously been reported that the government is looking for a single buyer for all of the 1250 state houses in Tauranga and Te Puke, apart from 115 properties for which the Ngati Ranginui iwi has right of first refusal.

In Invercargill it wants to package the properties into one to three transactions.