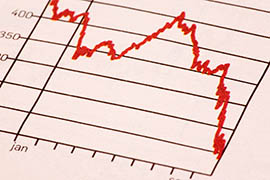 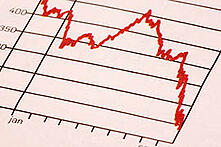 Shanghai's benchmark share index rose 5.8 percent, reversing direction after sliding 3.8 percent earlier in the day. But it has still lost around a quarter of its value since a peak in mid-June.

In the latest in a series of desperate measures to shore up the market, regulators banned major shareholders, corporate executives and directors from selling stakes in listed companies for the next six months. Officials also announced that banks could roll over loans backed by shares.

But for some investors it was the entry of the feared Public Security Bureau (PSB) that really changed sentiment.

The powerful internal security police announced they had begun an investigation into a dozen individuals and institutions accused of "maliciously" shorting blue-chip shares. The state news agency Xinhua said the move showed regulators would "punch" anyone who violates regulations and the law "with a strong fist."

But if those moves calmed some of the panic in the markets, it was far too early to declare victory, analysts said.

In the past month, mutinous market forces have defied the party-led government's efforts to arrest the month-long slide in Chinese markets. If it continued, the slump risked undermining the party's leadership and power, experts on China and economics say.

Only three months ago, the state-run People's Daily opined that rising stock prices were the "carriers of the China Dream" and affirmation of President Xi Jinping's signature vision for what he calls the great rejuvenation. But what had been hailed as a bull market has turned into a burst bubble.

Trading in nearly three-quarters of listed shares was either frozen because of limit declines or completely suspended. On Wednesday, even the securities regulator was talking about a mood of "panic."

As the stock market collapsed, Chinese authorities have ordered brokerages and insurers to buy, barred insiders from selling, and tapped the nation's sovereign wealth to prop up shares. The government also invoked patriotism, blamed foreigners and arrested what it called rumormongers.

The Chinese stock swoon has been "a complete revelation of how unprepared the policymakers are for managing the transition to market-driven capital markets. That's the question of the moment," said Daniel Rosen, a partner at the Rhodium Group, a New York-based economic advisory firm. "The question for tomorrow is whether that immaturity applies to their ability to regulate other aspects of the economic transition as well."

Xi's aura of invincibility has taken perhaps its biggest hit since he came to power, experts say. While China's economy can probably withstand the stock market crash, growth was already slowing and challenges continue to mount. The authorities' clumsy response raises questions about their willingness to embrace tough economic reforms.

"The intervention comes with some real costs that will not be easy to overcome," said Scott Kennedy at the Center for Strategic and International Studies in Washington. "The scale and aggressiveness of these measures make a mockery of the leadership's claim to allow the market to play a 'decisive role' in determining the allocation of resources and the direction of the economy."

Before peaking on June 12, China's stock market had risen by about 150 percent in a year, completely divorcing itself from increasingly worrying economic and corporate fundamentals.

Frenzy gripped the nation; from high school students to farmers, ordinary Chinese citizens pooled ideas to take advantage of what looked like easy money. Thousands of people gathered in "street stock market saloons" in Shanghai from early afternoon until late in the evening to swap tips.

According to the state-run Xinhua News Agency, 90 million people, more than the membership of the Communist Party, had trading accounts.

Many people borrowed money to bet on an ever-rising market. By some accounts, the Chinese market became the most leveraged in history. But as the market has fallen, traders have been forced to unwind those leveraged positions and join the line of sellers.