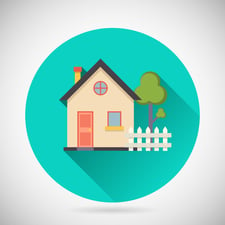 More than 60 construction-related Christchurch companies have been liquidated this year, owing creditors an estimated $40 million.

Analysis of hundreds of insolvency records found about 160 companies in the building industry registered in Canterbury have gone bust since January 2015.The building industry's woes have been well-publicised, with the collapse of firms including Stonewood Homes, H & R Garlick, Goodlife Homes and Urban Construction.

At least six Christchurch construction-related firms liquidated this year owed creditors more than $1m when they went under.

Canterbury Registered Master Builders president Ivan Stanicich said there was no denying the number of companies going under was a "bloody problem".

"The law is an arse . . . and it lets people protect their interests by shutting the doors when it's tough."

Bigger and more established businesses did not do this, Stanicich said.

After the earthquakes the Earthquake Commission (EQC) approved contractors to carry out thousands of home repairs, he said.

"It's evident now that many of those contractors weren't up to it and now EQC is crying foul because they're no longer in business any more.

"It doesn't take an Einstein to figure out that would happen."

Stanicich said Auckland, the next "boom and bust city", needed to learn from the construction industry in Christchurch.

NUMBERS COULD BE HIGHER

EY liquidator Rhys Cain said there were probably more failed construction firms that had traded in Canterbury at some point, but they were difficult to trace.

There were numerous explanations why Canterbury companies had failed, Cain said.

"The most common difficulty they are showing is poor cashflow management, very tight margins, lack of experience in managing a business, difficulties in obtaining and retaining quality staff," he said.

Firms came to Christchurch "because of the post-quake building boom".

"Some would've just thought you'd come down here and you'd be rolling in gold and it's just not quite like that.

"You've got to have a good business brain," Cain said.

Most liquidators would have seen examples of cowboy operators liquidating to avoid their liabilities.

"The reality there though is that it doesn't matter what industry you're in, there are always some bad eggs . . . the majority of people in the industry of course are good operators," Cain said.

The number of building firm liquidations Cain was dealing with was "running at a higher percentage than usual".

"You've got to be really careful about that, because what you've got to remember is that pre-earthquake there might have been, let's say, 50 building companies in Christchurch and maybe two of them might fail in a year.

"Now say there are 1000 building companies and say 50 failing – as a percentage it might be roughly about the same, but because there's a greater number it just looks bad," Cain said.