Blowing Bubbles: What is a housing bubble? And is there one in NZ right now?

Blowing Bubbles: What is a housing bubble? And is there one in NZ right now? 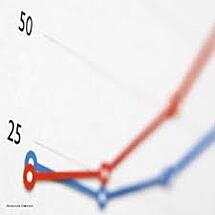 There are few things scarier than a "housing bubble". But what actually is it? And how would we know if we were in one? Susan Edmunds reports as part of Stuff's 'Blowing Bubbles' series.

WHAT IS A BUBBLE?

There is no one definition of what makes a housing "bubble". Usually, it is only in hindsight that one becomes clear.

A bubble can happen around any asset - one of the most infamous price bubbles in history involved tulip bulbs in the 17th century.

The price of a bulb rocketed over a year to the point that 40 bulbs were worth as much as three months' work for a skilled labourer.


In broad terms, you could say a bubble is when there are no longer sound fundamental reasons to justify a particular price.

House prices, particularly in Auckland, have soared over the past 10 years.

Over that time, our median incomes have only increased by about 37 per cent, about a third of the rate of those houses, according to Statistics NZ.

Nationwide, house prices now sit at about five times income. In Auckland, it is more than 10.

Pavletich points to the Irish experience, where house prices nationwide peaked at 4.7 times incomes before collapsing to 2.8.


Ryan Greenaway-McGrevy, a senior lecturer in economics at the University of Auckland, says the fact rents are so low compared to prices also indicates a bubble may be brewing.

So while house prices basically doubled, rents only increased 30.5 per cent.

They can now expect to get less than 3 per cent of the purchase price back in rent each year if they are buying in Auckland, compared to more than 4 per cent in 2009.

They could get a better return just by putting the money in a term deposit with the bank.

That means a lot of investors who decide to buy are doing so on the assumption they'll be paid back with higher prices in future - a risky proposition that some experts say is a sign of a bubble.

When rents are so much lower than the cost of servicing a mortgage it also makes the decision to buy rather than rent less clear.

Lots of people argue that one of the biggest reasons that prices have been able to increase so much is that interest rates have been very low for the past few years.

But large amounts of debt linked to a particular asset class can be a bubble warning sign.

Borrowing has shot ahead and the fact that there are many more people wanting loans than willing to deposit money with the bank is now starting to be a problem for banks.


Household mortgage debt increased by almost $20 billion in the year to August 2016, or 9.2 per cent. That's the fastest rate of growth seen in eight years. With people taking out bigger loans, any increase in interest rates could cause problems.

ANZ chief economist Cameron Bagrie says the market is finely poised, and if the growth in lending continues for another year, it will be very worrying.

"The property market is like you're going to the bar and it's midnight. You think 'am I going to go home or not?' Common sense would say 'go home and you'll get up in the morning feeling okay'. But New Zealand has a historical tendency to stay at the bar."

Greenaway-McGrevy says people also need to keep in mind that lower interest rates usually came with a world with lower growth - so if they are betting on cheap mortgages, they can't rely on getting lots of pay rises to help service them.


Tony Alexander, BNZ's chief economist, says those who claim the property market has entered a bubble are missing the point.

"There has not been a single point in time since the global financial crisis when this has felt like a bubble," he says.

Alexander says there are many reasons why prices have risen, including high levels of migration, low levels of supply, low levels of unemployment and interest rates so low that they had reset housing prices. While lending is growing, it is still not at the rates seen before the global financial crisis.

Chinese buyers were likely to come in to the market in increasing numbers, and there was a large and growing backlog of people who wanted to buy houses but had put off the decision for a number of years.

And he says the Reserve Bank's lending rules will enable it to clamp down before a bubble happens. If it thinks 40 per cent isn't a big enough requirement for investors' deposits, it can bump it up to 60 per cent. Or if the 20 per cent requirement isn't slowing down owner-occupiers, they might choose to bump it up to 30 per cent.

"The Reserve Bank is on the ball."


Even Shamubeel Eaqub, who's been vocal about how out-of-control the housing market is, doesn't think there's a bubble outside the country's biggest city.

While Auckland's prices have risen rapidly, in many other parts of the country the increase has been more gentle.

And there is some hope that prices may come back into line with fundamentals, even in Auckland, without a major crash.

Greenaway-McGrevy says it's possible that rents could catch up to property values under the new Unitary Plan in Auckland.

"Many properties have been rezoned to carry more dwellings. Provided developers can take advantage of these changes, some properties could see their rental incomes increase substantially."