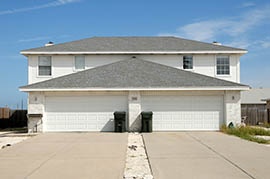 The Auckland housing market's downturn is more severe than anticipated, an economist says.

"There can now be no doubting that the erstwhile star market has suffered a fall from grace."


According to the bank's figures, which it seasonally adjusted from Real Estate Institute data, house sales fell 13 per cent in Auckland in November, following a 17 per cent drop in October.

House prices fell 1.9 per cent in November after a 4.4 per cent fall in October, taking them below July levels.

"These are very weak numbers indeed, and confirm what the anecdotes have been screaming for the past three months – the Auckland housing market has slowed with a thump," Stephens said.

"The actual downturn has occurred sooner, and has been more severe, than anticipated."

Stephens said looking ahead was difficult, but on balance the data was not expected to remain so "dire" for long.


Regulatory changes, like the new mortgage lending restrictions, tended to only have a temporary impact.

"So we do not expect that Auckland house prices will continue falling at their current pace for much longer.

"But neither do we anticipate a return for the helter-skelter of earlier this year."

Westpac has been predicting the Reserve Bank will cut official interest rates to a historic low of 2 per cent next year.

To get that low, the Auckland housing market would first have to slow, Stephens said.

"Now that a housing slowdown is confirmed, we are one step closer [to a rates cut]."

The Reserve Bank's cut last week to 2.5 per cent was accompanied by an indication that governor Graeme Wheeler would cut further if inflation failed to pick up.

Westpac and ASB forecast the cash rate will fall to 2 per cent in late 2016, while BNZ and ANZ have said 2.5 per cent would be the low point.