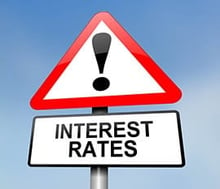 Recent migrants to New Zealand are sharing rooms with strangers to save money in Auckland.

Most advertisements seeking flatmates in Auckland for what would be considered cheaper rent, under $130 per week, are for spaces with two single beds, in a sparse bedroom or curtained-off corner of a communal living area.

The rooms tend to be popular with people of South Asian origin and those spoken to ranged from students to workers in their 30s.

Jaspal, 31, moved to Auckland for an IT job five months ago, after living with his family in Hamilton. He is from India originally.

He rented a room in a three bedroom city centre apartment for $220, and said it hadn't crossed his mind not to split the space and rent with a stranger.

He lived with four fellow migrants from India, and had just found a sixth person to replace his previous roommate.

"I've never met him, we just spoke on the phone. But he works, he's from Sri Lanka, we should be OK," he said.

Jaspal, who did not want his surname used, said the lack of privacy was not a problem because all the flatmates worked full time and just used their apartment to sleep in.

"We all have the mentality that if we make sacrifices now - sharing a room for some months or a year, for example - we will be able to have a more comfortable life later," he said.

Manari, originally from Punjab, has coordinated housing for South Asian students in Auckland for 20 years and agreed with Jaspal's sentiment.

She said many recent migrants borrowed money to set up in New Zealand - then they felt pressure to pay back their debt as fast as possible and start saving money.

"It's expected for them to share rooms, to pool food, and generally be frugal," she said.

She rented a house in Sandringham for students to share rooms in, which also had an alcove off the kitchen going for $80 per week per person.

Mani, 28, arrived in Auckland from Mumbai as a student eight years ago and shared a room in an apartment with two other men.

Now he and his wife own a five-bedroom, two-bathroom house in Sandringham.

They rent out each of the four spare rooms for $190 per week, furnished with two single beds so roommates can split the rent for $95 each.

The combined rent brings an annual $39,520 extra income to the couple. For someone sharing one of their rooms, rent for the year would be $4,950.

"This is not how we would like to live, of course... but expenses are so high in New Zealand that it is quite rational to do for a period," Mani said.

He said that while people often lived with extended family in India, "you would never have strangers sharing your own home like we do here".

"But it's become normal for Indians and other South Asians, especially, to do in New Zealand... This is how we start - we know it's not forever."

Many of the adverts on Trade Me specify an "Indian" ideal flatmate.

Riya, 26, an Indian woman employed by a supermarket who rents a two-bedroom unit with her husband in Mt Eden, said that this nationality preference is for practical reasons.

"Indians understand this style of living... If we don't put 'Indian' in the ad, we get calls from everyone thinking it's a really cheap private room," she said.

She said she doesn't know why more people in Auckland don't share rooms to save money but had noticed "it seemed to be an Asian thing".

She and her husband rented their spare room to two female students for $100 each per week, including all expenses and groceries.

Riya said she was "not happy" with the situation and planned to leave Auckland.

"Even with the girls paying rent, all our own money still goes into the house and we struggle to get ahead."