Another 740 homes for NZ's Auckland

Another 740 homes for NZ's Auckland 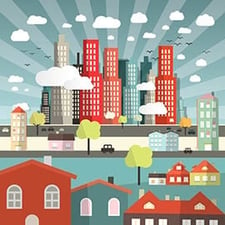 Another 740 homes are going to be built in Auckland on surplus crown-owned land that has been freed up for development.

New Zealand Housing Minister Nick Smith says negotiations for the three sites to be used for development have been concluded.

They're part of the program announced in last year's budget that is freeing up surplus land around the city for new homes.

Along with the Moire Road development announced last year, the sites have a combined capacity for about 940 homes.

The three sites are:

* 1.85ha in Manukau Station Road, intended for 600 apartments. The sale was agreed with Auckland Council;

* 0.47ha in Mount Albert, suitable for 60 townhouse apartments. The land was owned by NZTA and a private owner; and

* 0.91ha in Waterview suitable for 80 new homes. The land was previously administered by NZTA and leased to a boarding hostel.

Dr Smith says nearly all of the $NZ52.2 million ($A48.91 million) allocated for the program has been used to buy the four sites.

He expects to first of the new homes to be ready in about 18 months.